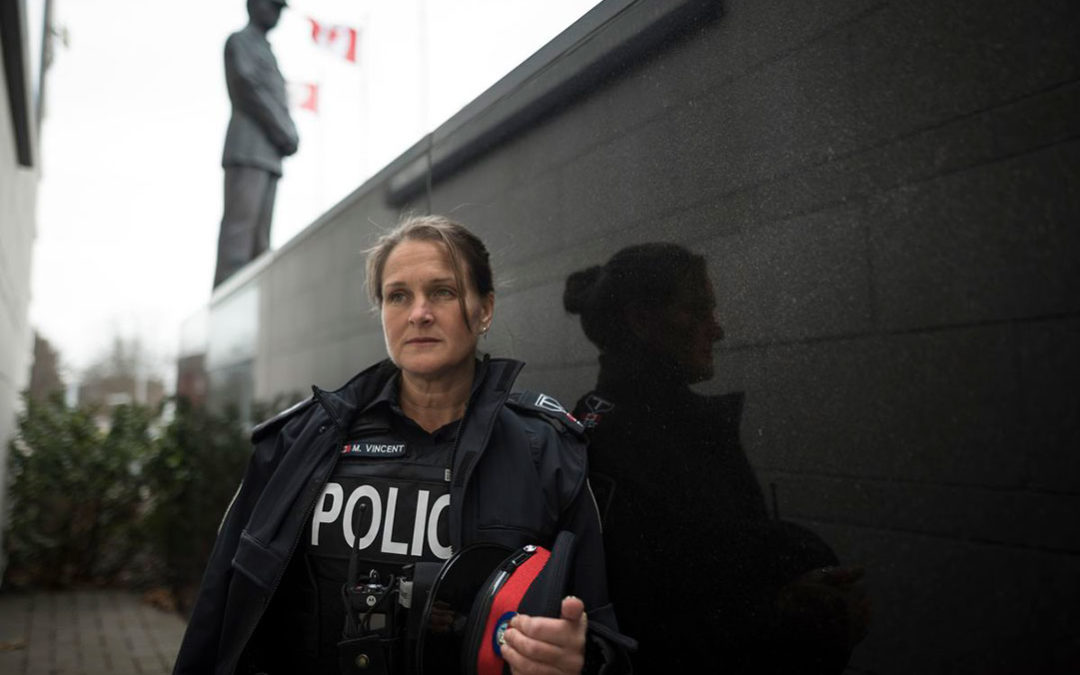 Constable Michelle Vincent says that ‘there’s no way that a normal human being exposed to the traumatic incidents that we’re exposed to can go without that mental-health support.’ Photo by TIJANA MARTIN/THE GLOBE AND MAIL

When Michelle Vincent received a call three years ago from a paramedic who had been on long-term disability and was contemplating suicide, she was at a loss.

As a York Regional police constable and member of the region’s critical incident stress management team who also holds a master’s degree in counselling psychology, she was suddenly struck by the lack of resources dedicated to first responders in crisis.

Const. Vincent began researching what other jurisdictions were doing. When she came across La Vigile, a non-profit treatment centre in Quebec that caters exclusively to first responders, she knew immediately that she wanted to bring the model to Ontario. Work is underway now to launch a facility called the Haven.

“We are so desperate for resources. We could have 10 places that are like this and we’d still be overfilling the beds,” Const. Vincent said. “It’s such a huge need right now.”

The issue of first responders’ wellness has been in the spotlight recently in Ontario, after an unprecedented nine suicides by police officers in the province in 2018. But despite a growing recognition of the occupational stress injuries that first responders face – and an increasing inventory of public supports – a lingering stigma keeps many from seeking help.

Last month, an expert panel convened by the Ontario coroner’s office to look at the issue of police suicides called on Solicitor-General Sylvia Jones to establish an Ontario Police Members Mental Health Collaborative to “guide, monitor and report on an urgent and comprehensive plan of action in Ontario.”

In an early December e-mail statement, the solicitor-general’s press secretary said the government is “actively working with Ontario’s Chief Coroner on ways to support the mental health of our dedicated front-line staff and we continue to explore all options.” She would not say specifically whether a project like Const. Vincent’s might be part of their plan.

Since opening its doors in 2012, La Vigile has hosted 1,180 first responders in Quebec [including veterans and health-care professionals], who are dealing with a range of issues such as PTSD, addiction, anxiety and depression. In 2018, they hosted 153, and helped co-ordinate outpatient care across the province for another 455.

A 2017 study by mental-health experts across Canada, which was published in the Canadian Journal of Psychiatry, found that first responders face a disproportionate risk of developing a mental-health disorder.

One of the main reasons these professionals need specialized services, La Vigile executive director Geneviève Arguin says, is that it remains “taboo” for first responders to ask for help.

… Continue reading this story at Globe and Mail